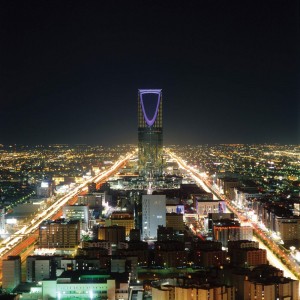 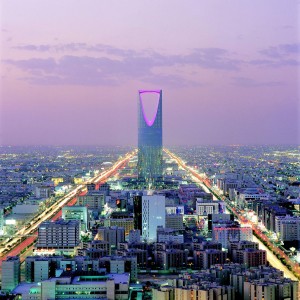 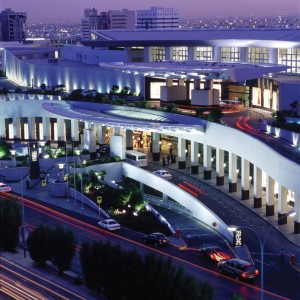 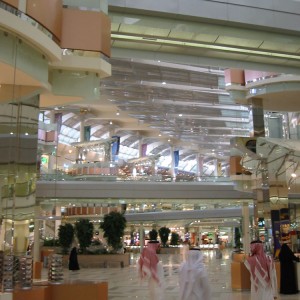 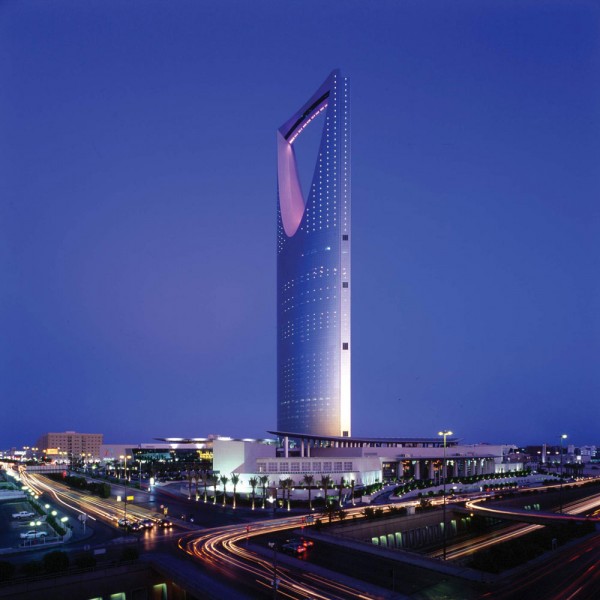 Architect: While with Ellerbee Becket

Kingdom Center was listed as one of the world’s top five monolithic skyscrapers in February of 2008. It forms a dramatic focal point on Riyadh’s skyline. At a height of 984 feet (300 meters) it is visible from virtually anywhere in the city. Its signature parabolic crown and streamlined massing makes it futuristic and iconic.

Prince Alwaleed, held an international competition for the commission to design the building to be globally recognized as an icon of Riyadh and Saudi Arabia.

The entire complex is made up of convex and concave arcs. The tower’s footprint is a vesica piscis extrusion with reentrant corners. The podium facilitates at its base are organized as crescent-shaped bars that converge on the tower. The catenaries curve at the top creates the dynamic image for the project, but is also a form that is found in nature and has a distinct structural logic: it is the arc assumed by an unloaded suspension structure.

The third tallest skyscraper in the country includes a five star Four Seasons Hotel, a luxury three-level retail mall, office space, the headquarter of a large Saudi Arabian Bank, luxury condominiums and apartments, a wedding/conference center, and a sports club.

The building is situated on 100,000 square metres site with carparking for 3,000 vehicles
The design creates a new landmark for Riyadh, one that is contemporary, abstract, and monumental.